Have you ever wanted to time travel with food? Have you heard of Spotted Dick, Jam Roly Poly ,Bakewell Pudding, Summer Pudding or Queen of Puddings? These classic old puddings have a fascinating history. Read on to discover more.  Queen of Puddings (1860s) Is this a pudding made for a Queen? Unfortunately not. In the … END_OF_DOCUMENT_TOKEN_TO_BE_REPLACED 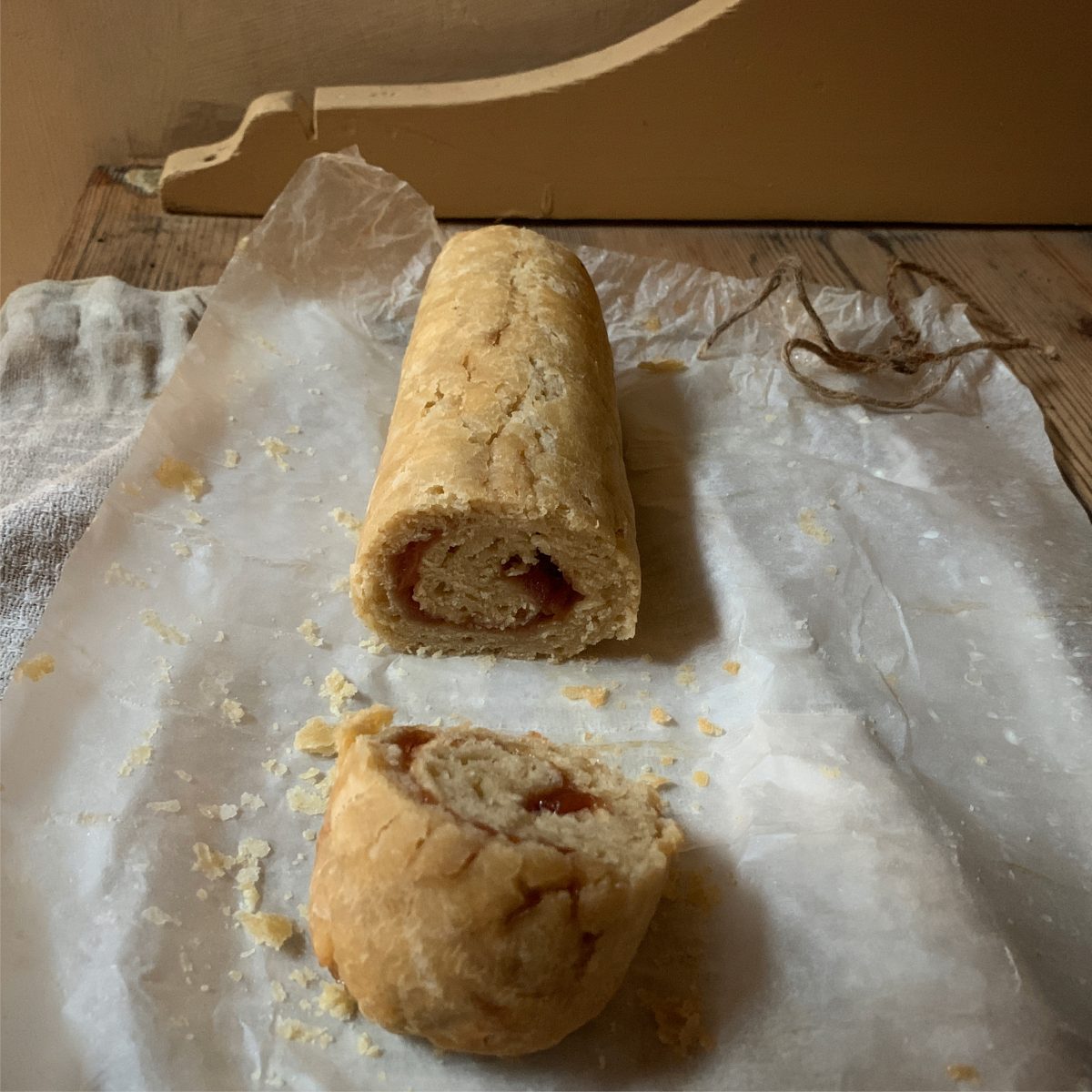 Have you ever wanted to time travel with food? Have you heard of Spotted Dick, Jam Roly Poly ,Bakewell Pudding, Summer Pudding or Queen of Puddings? These classic old puddings have a fascinating history. Read on to discover more.

Is this a pudding made for a Queen? Unfortunately not. In the 1860s it was a new name for a old pudding. Puddings that used stale bread, custard and jam are numerous in cooking history.

The pudding is made by mixing breadcrumbs with milk, sugar, lemon zest butter and eggs to form a custardy layer. It is baked in the oven and then spread with jam (apricot or raspberry). It is topped with egg whites which are whisked to a meringue.

THIS could be a pudding from YOUR childhood. It was from mine. But this pudding actually dates much further back in time.

Jam Roly Poly is made of suet dough which is spread with jam, rolled up and boiled in a cloth. This pudding was sometimes cooked in old shirt sleeves. This gave rise to the name ‘Dead Men’s Arms’. And Jam Roly Poly was also even called ‘Dead Baby’. I assume because of the shape and the red jam which oozes out.

It is delicious with custard.

It’s traditionally a boiled pudding and would have been boiled in the copper along with the family’s washing. Just imagine.

A pudding for the health conscious? Summer pudding may have been given to you if you went to a health spa in the 1890s.

It’s made by lining a pudding basin with stale white bread and then filling it up with stewed, or fresh, summer fruits. A mixture of raspberries, blackcurrants and redcurrant would be delicious. I have blackberries stashed away in my freezer which would be perfect too.

Is it a pudding? I think so. It is not a boiled, steamed or baked pudding but instead is an assembled pudding made of bread. Think of a more healthy version of bread and butter pudding.

The trick? Don’t use cheap bread, which turns slimy. Instead use the best quality white bread.

You may buy a Bakewell tart today. And Bakewell tart has similar flavours and ingredients to the Bakewell Pudding but it is worth trying the original version.

There are so many origin stories about Bakewell Pudding in Bakewell, Derbyshire, itself but the first recorded recipe only appears in the 1830s.

This is a baked pudding with a puff pastry base. First you line a pie dish with puff pastry, then spread jam or candied lemon peel on to it. And then there’s a mixture of clarified butter, eggs and sugar. Then the pudding is baked in the oven.

Because it is oven baked this could be thought of as a more elite type of pudding. At this point in the nineteenth century ovens were rare in all but the wealthiest homes. But everyone had access to a fire to boil a pudding.

This is the Carry On of English puddings. The dick in the name is, however, just a old word for dough.

Spotted Dick contains suet, currants, sugar, cinnamon, eggs, and milk. Those ingredients are mixed together and then wrapped up in a pudding cloth The pudding is then boiled in hot water for two and a half hours. It was originally served with melted butter and a little sugar.

You might remember it from your school days? I remember it from my school-dinners in England. Made in a large aluminium tray, it arrived in a lorry from a kitchen far away. The smell of it used to travel down the corridors and reach me in the classroom.

Want to find out more about puddings? I’m doing a FREE virtual interactive class on pudding history for Heritage Open Days in September . It’s a quick introduction to the history of English puddings. From savoury to sweet. Why were puddings so important to the English? I’ll also do a live demonstration in how to use a pudding cloth.

You can book your place for the FREE pudding history course here.

Have these puddings given you an appetite for more sweet food made from historic recipes? How about a chocolate tart, or seed cake?

If you’d like to know about the historic kitchen of The Regency Town House where I work you can find out more here.