“I cannot praise tonight highly enough. It was absolutely fantastic. We had an amazing time. Simply glorious food and met some fabulous people too. In fact we decided we should say it was all terrible as we really don’t want to make it more popular and find we can’t get tickets for future events!! Well … END_OF_DOCUMENT_TOKEN_TO_BE_REPLACED 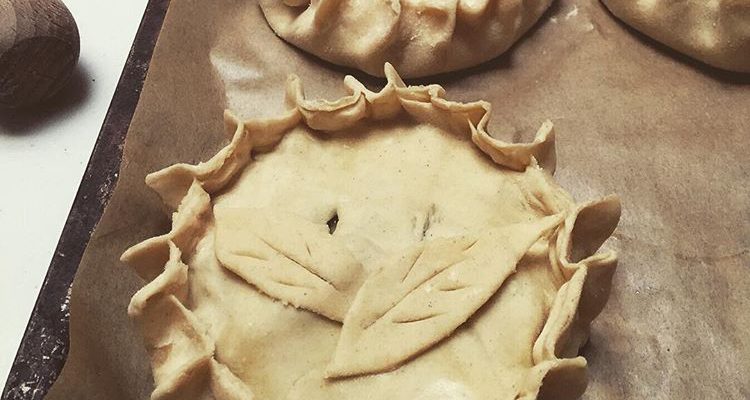 “I cannot praise tonight highly enough. It was absolutely fantastic. We had an amazing time. Simply glorious food and met some fabulous people too. In fact we decided we should say it was all terrible as we really don’t want to make it more popular and find we can’t get tickets for future events!! Well done Paul and your marvellous team. The food was sensational. You all worked extremely hard. Looking forward to the next event with great anticipation!! X”

Eat historic food and help preserve history. That’s Dine Like a Servant in a nutshell. It’s about reusing an historic kitchen for food experiences. This raises money for restoration of the Regency Town House by volunteers.

The event even got featured in the Argus, that’s the local newspaper!

I decided that the Regency Town House needed authentic historical food. My name is Paul Couchman. I had the idea of using the old kitchen as a kitchen and inviting guests to eat there and become servants for the night. The money raised will help to restore the kitchen and the rest of the house. The other volunteers decided that it was a good idea too. The evening was called Dine Like a Servant.

Authentic historical recipes are recreated in a scullery kitchen, I use recipes from Hannah Glasse, mainly.

Did Servants dine? What does that even mean? The starting point for me was producing food that would have been made in the kitchen, been sent to the high tables of the dining room and worked it’s way back to the kitchen when it wasn’t eaten.

The elaborate food that was created for the super-rich upstairs was rarely completely eaten. There were always leftovers. Food was another status symbol and much of the food was not eaten. When the food made its way back downstairs the higher ranking servants, the butler, housekeeper and cook, were the first to choose what they wanted to eat. The food would then work its way down the servant social hierarchy. Eventually any food that was left over would leave the house and be taken to the local poor.

At the Regency Town House the poor were very close. Behind the Town House is Brunswick Street East, which houses the Town House’s old stables and that street would of be full of small businesses with many people rarely having enough to eat. What the inhabitants of those working class streets didn’t eat would be fed to animals, again often only a few metres away from where the food was first created. There were horses and donkeys behind Brunswick Square. One of the streets is still called Donkey Mews!

At Dine Like A Servant our guests eat in the old kitchen of The Regency Town House. Servants did often gather together and eat leftover food. I’ve used authentic historical recipes to recreate the tastes of the past including homemade pies, pickles and small pieces of elaborate desserts like Ribbon Jellies or Pears Poached in Port.

I cook, with the support of other volunteers, in the old scullery. We have installed a sink, in it’s original place. Before the sink was installed I, and the other volunteers, would carry large buckets of water up and down the stairs. Perhaps taking authenticity rather too far?

The kitchen is again the heart of the Town House, visitors often remark now on the wonderful smells that float through the entire house. Only last week the smell of candied orange peel worked its way right up into the offices, housed in the old bedrooms.

So far I have made:

We attended “Dine as a Servant” last night and had a fantastic time – the house is beautiful and the volunteer team amazing ! The food was excellent- we will be supporting this project as much as we can (especially if there is food !)